As part of the efforts to recognize acquisition professionals who contribute to outstanding improvements in acquisition throughout the federal government, the Chief Acquisition Officers Council (CAOC) annually seeks nominations for its Acquisition, Program Management and Small Business Excellence Awards.  Nominations are solicited for Federal employees engaged in team or individual activities that led to excellent results in any of the following acquisition categories in FY 2020.  This year’s winners are listed below.  The awards will be presented virtually at ACT-IAC’s Executive Leadership Conference in Hershey, PA on November 9, 2021.

At the outset of the COVID-19 pandemic, the NAVSUP FLCSD Regional Contracting Department was faced with many managerial and operational challenges.  Safety of personnel was a major concern as well as the challenges associated with the region’s vulnerable small business industrial base.  A major process improvement moving from on-site/face-to-face processes to a virtual environment was required to support critical mission requirements associated with the Fleet and Regional customers.

The ability to communicate effectively in a virtual environment soon became a top priority.  Purchase of webcams/headsets for all acquisition personnel allowed production teams to quickly engage small business contractors to identify any impediments to performance due to COVID-19; as well as facilitate solicitation/award of new requirements.  At the same time, the Small Business Director reached out to small business vendors to identify their challenges and ensure them the Navy would continue to require their support in light of the pandemic.  Communication at all levels of the “team,” resulted in successful utilization and support of small businesses for the NAVSUP Fleet Logistics Center San Diego region. They considered new and innovative ways to get the job done, for example, instead of site visits, pictures were requested from ship personnel and existing online databases for habitability space and furniture measurements were utilized.  Making small businesses a priority from the top down resulted in $276M, or 69.69% of eligible dollars, being awarded to small businesses. Furthermore, the command continued its commitment to ensuring procurement opportunities and dollars were equitably spread across underserved communities through the extensive utilization of small business socioeconomic programs.

Another example was the award of three Indefinite Delivery Indefinite Quantity (IDIQ), Firm Fixed Price (FFP) Multiple Award Contracts (MAC) supporting the renovation of habitability spaces onboard U.S. Navy ships for a Base and two option periods.  This procurement was awarded as a Total Small Business Set-Aside with a total program value of $23M.  The largest challenge encountered during performance of the Habitability MAC was being able to operate seamlessly during the COVID-19 pandemic.  A critical part of the habitability process required the contractor(s) and contract personnel mobilizing to the ships to obtain a price quotes and development of habitability specifications by the NAVSUP FLCSD Naval Architects.  Naval Architects were limited without being able to take site visits to ships during the height of the quarantine, and were forced to adapt; such as requesting pictures from ship personnel or utilizing existing online databases for habitability space and furniture measurements.  The innovative approaches taken by the team ensured habitability work continued throughout the pandemic and demonstrated their commitment to the Fleet during austere times. 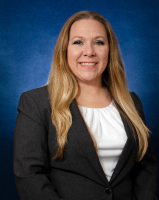 In order to expand the capabilities of unmanned vehicle platforms, which are expected to play a key role in future conflicts, a team at the Naval Surface Warfare Center Dahlgren Division proposed miniaturizing and adapting government-owned, multi-weapon, multi­platform weapon control system technology currently used on manned platforms to unmanned platforms, thereby sparing soldiers from performing dangerous or tedious tasks. Ms. Goedert successfully led and managed the Battle Management System (BMS) Unmanned Aerial Systems (UAS) portfolio starting from a single small effort and growing it to seven ongoing projects on six different unmanned aerial and surface platforms in just three years. When she took the role of program manager, the program had only been demonstrated on a rotary wing UAS. She developed a schedule, spend plan, technical review plan, build schedule, and team structure to mature the technology to fire live munitions from a fixed wing UAS as the first project was funded. Fixed wing platforms operate more efficiently than rotary wing platforms, so this was a key initiative for expanding their use.

Ms. Goedert garnered interest from other sponsors and platforms based on the early successes of that first program. She developed a plan to reutilize the hardware and software with an open architecture approach to the maximum degree possible, to adapt BMS to multiple platforms with the minimum amount of engineering to reduce schedule and cost for each new platform. She ultimately oversees an annual budget of $13 million from six different sponsors, and manages a diverse team of 35 scientists, engineers, and support personnel.

Ms. Goedert performed above expectations; her program management and leadership skills ensured that the highest quality products were delivered for each project within budget and schedule. The high performance of the projects and her customer service approach, working closely with sponsors to constantly communicate status and to meet their needs, enabled the rapid growth of the portfolio. Ms. Goedert took particular care not only to lead technically, but to mentor the next generation of leaders, to ensure they are given the opportunity to grow into future leaders like herself. 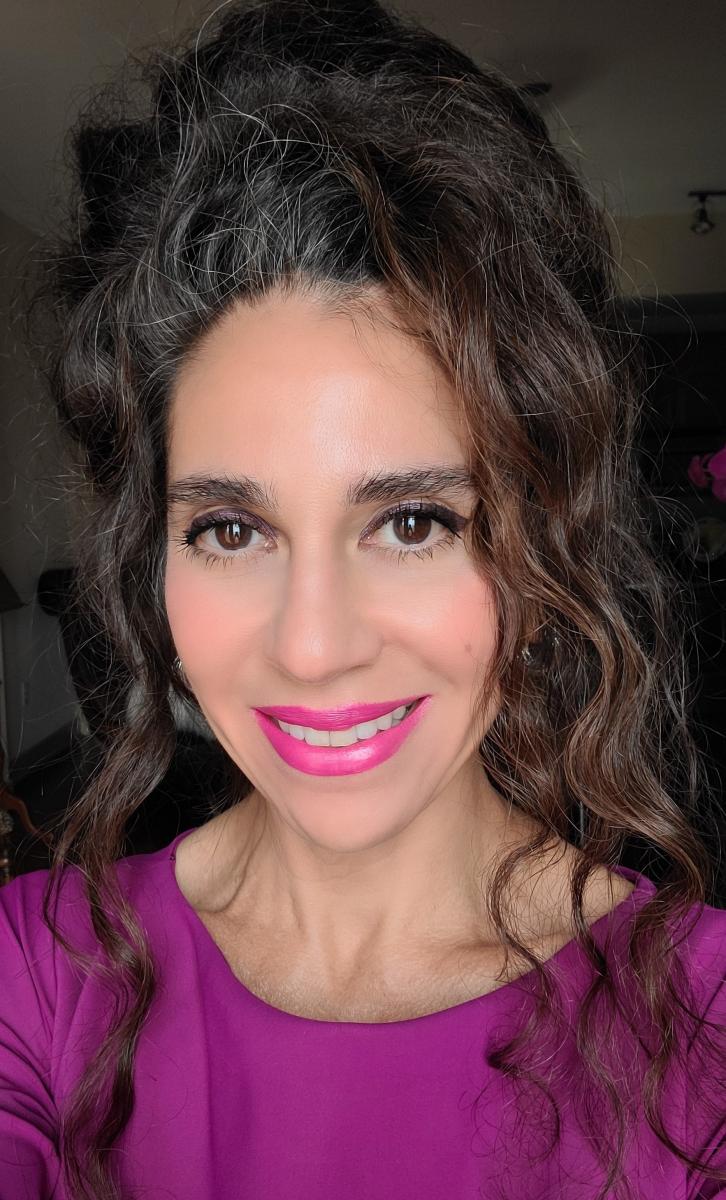 NASA Strategic Objective 2.1 directs the Agency to "lay the foundation for America to maintain a constant human presence in low-Earth orbit (LEO) to be enabled by a commercial market." Facilitating the purchase of commercial services through Private Astronaut Missions (PAMs) to the International Space Station (ISS) fulfills explicit research goals by enabling human research on mission durations previously unavailable. Ms. Kelly Rubio, the Team Lead of the International Space Station (ISS) Procurement Office, has been instrumental in leading the Agency in the development of innovative new procurement mechanisms, including her development of a novel Basic Ordering Agreement (BOA) approach coupled with use of the Chiles Act Authority for the Axiom-1 (Ax-1) PAM. The Chiles Act Authority was approved for the Ax-1 PAM to allow commercial services and government acquired services under a single contractual instrument and this was its first use.

Ms. Rubio worked tirelessly with senior level officials across the Agency and Commercial LEO and ISS Programs daily to develop the PAM framework using the BOA. This accomplishment included numerous exchanges with the PAM Integrated Procurement Team (IPT), including legal, ISS stakeholders and commercial LEO technical representatives. These exchanges assisted with the strategic development and implementation of the contractual framework, including a contract liability regime to ensure adequate risk coverage and allocation across the parties that encompassed insurance requirements for the contractor, private astronaut crew members, NASA and its International Partners. Ms. Rubio supported the Office of General Counsel and the Human Exploration Office (HEO) Mission Directorate to host a PAM Request for Information Public Forum to Industry to present the PAM Liability Regime and solicit industry input and feedback.

Ms. Rubio is deserving of this award due to her incomparable expertise, dedication in support of the ISS and Commercial LEO Programs, commitment to the NASA mission, and vision to lead the Agency into a bold new direction. Her exemplary customer service and development of innovative acquisition strategies support the Agency 's goal of commercializing LEO and fostering a procurement framework to usher in the era of PAMs. Her efforts will lead to groundbreaking, history-making commercial activities on ISS and directly support U.S. national interests.

The Rapid Accelerations of Diagnostics (RADx) initiative is a program to accelerate the development and commercialization of SARS-CoV-2 tests in asymptomatic individuals with a goal to quickly increase test capacity of our nation to enable return to work and school safely. The program leverages an existing National Institutes of Health (NIH)-funded point of care technologies research network (POCTRN) to solicit, review and support the development, validation and commercialization of novel point of care SARS-CoV-2 diagnostics as well as improvement of existing diagnostics.

In April 2020, the POCTRN began accepting applications from companies with innovative technologies. Around the same time, the National Heart, Lung, and Blood Institute’s (NHLBI’s) Office of Acquisitions (OA) was tasked with finding a way to award contracts for those projects that moved to Work Package 2 - where technologies are commercialized. To meet this need, the NHLBI OA senior leadership developed a tiger team comprising Legal Research, Risk and Policy, Template Development and Contract Management working groups.The working groups researched legal and policy questions; identified risks and developed risk mitigation strategies; developed potential solutions for acquisition strategy and associated templates for pre- and post-award; and planned for oversight and monitoring during post-award. This working group structure allowed work to be done proactively and, at times, in parallel. The products of the working group efforts allowed the executing teams to focus on learning the project requirements and negotiating complex terms with the vendors, many of which had not contracted with the Government before, within days of project approval. A successfully enabled the transition of the standard award process to a streamlined model that allows for award in a matter of days as opposed to months.

The proactive management of risk enabled NHLBI OA to meet the White House requested deadline to award seven contracts scaling up testing production in less than seven days. More than 700 applications were submitted to the RADx program's unique "innovation funnel" review process over a three-month period. Since July 2020, the NHLBI OA has awarded 35 RADx contracts totaling $588 million, the majority of which were awarded before October 2020. RADx-supported companies have increased COVID-19 testing capacity across the United States by more than 300 million tests and compressed the typical multi-year tech commercialization process into approximately six months. It has led to 23 FDA authorized tests, and the first over-the-counter test for use at home.